CBA has grabbed the attention of local media organizations, and has had several news-worthy events published throughout our history.  We'd like to share them with you here. 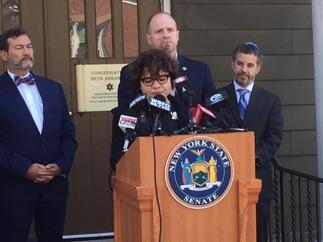 ​Anti-Semitic hate crimes are on the rise. According to the FBI, in 2017, 58% of all religious-based hate crimes were against people of the Jewish faith.

Today, Buffalo Jewish Federation announced the Secure Jewish Buffalo Fund. $100,000 from the state budget will be used to upgrade security measures for the nearly 20 synagogues and other institutions across Western New York.
Standing outside of Congregation Beth Abraham on Elmwood Ave, one of the oldest Jewish Congregations in Buffalo, Cantor Irwin Gelman said security improvements are very much needed for his chapter.
“Ten years ago we almost closed, and now we’re a restart,” Gelman said, “we’re small, we’re struggling. We’re growing. But this money is going to help us to get cameras, lighting, security. Analysis of what we have to do to make this congregation safe. And to grow with this neighborhood and the rest of Buffalo.”
Growing with the city and reaching out to other faiths in the wake of recent attacks on several different places of worship was on the mind of Buffalo Jewish Federation leadership. State Senator Tim Kennedy said hate has no place in the City of Good Neighbors.
“Not only do we reject the hateful worldview, we are actively fighting back against it,” Kennedy said, “under the leadership of the Buffalo Jewish Federation, the Secure Jewish Buffalo Fund was established with the stated goal of securing the Western New York Jewish gathering places.”
Buffalo Jewish Federation President Leslie Shuman Kramer said along with camera and alarm system upgrades, money will be used for responding to emergencies and active shooter drill trainings.​

We are fortunate to have a beautiful video of the joint Kabbalat Service with Temple Beth Zion on April 16, 2010.
Cantor Irwin Gelman was joined by Temple Beth Zion Senior Rabbi Harry Rosenfeld and Cantorial Soloist Penny Myers for an exciting collaboration filled with music and joy!   Click ​HERE.

"The Voice of My Ancestors"

Cantor Gelman is featured in this article in the Fall 2009 issue of the Roswell Park Cancer Institute Alumni News. In it he discusses his personal history as a Cantor and his music centered Kabbalat Shabbat services at Congregation Beth Abraham.  Click on the picture below to read the full article. 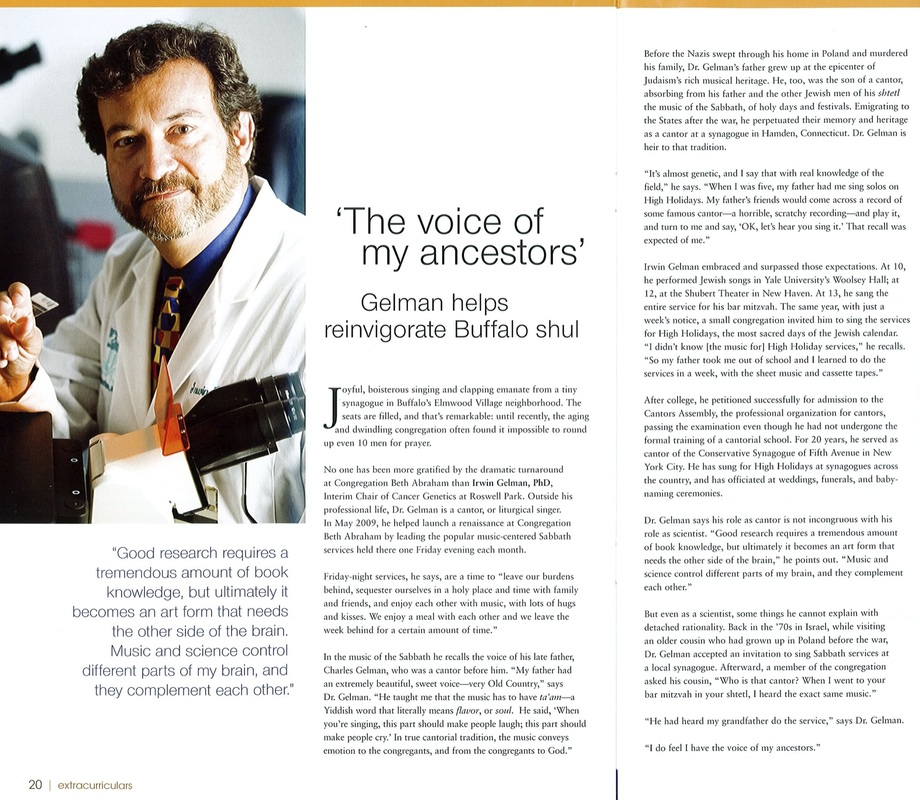