There are so many wonderful cultural learning opportunities within our thriving Greater Buffalo Jewish Community.  We've posted links here to the happenings in our community to keep you informed.  If you have an announcement that you would like to see included, please email it to us!

Lag B'Omer Celebrations at a Shul Near You

This hilarious and heartfelt comedy tells the story of Ben Jacobson, an Upper West Side financial consultant ready to propose to his long-time girlfriend Hannah, and Herschel Klein, an Orthodox diamond dealer tasked with selling Ben an engagement ring. After a fateful first meeting, Herschel becomes entangled in the lives of Ben and Hannah for better and worse. Initially Ben and Herschel’s differing views on their shared religions divides them, but as both men struggle with romantic relationships and faith an unexpected bond is forged between them in their pursuit of love.

JCC is excited to be offering a Hybrid Festival this year. Film screenings will be available virtually and some in-person events. On May 13th we will once again host a special community screening at the Transit Drive-In and from May 13- May 19th we will be back at the Amherst Dipson theater for in-person screenings. For a complete schedule of films and to purchase tickets click the button below.
​
More Info

Pre-Shavuot Ladies Night Out at CJL

CBA welcomes back Joseph Rosenstein, Distinguished Professor Emeritus of Mathematics, Rutgers University, to discuss his new book Reflections on Pirkei Avot (Ethics of the Fathers): Not Just What My Rebbe Taught Me.

The discussion will be moderated by Irwin Gelman.  All are invited to attend, and it is not necessary to read the book prior to the discussion.

Pirkei Avot, a favorite text of Jews for more than fifty generations, is a collection of sayings by the most distinguished rabbis from 200 BCE to 200 CE. Although there are already numerous translations and commentaries, Dr. Rosenstein presents a personal overview and analysis of the ethical principles contained in the Pirkei Avot.

To attend on Zoom, please use the following link
https://us02web.zoom.us/j/84347139436?pwd=aDBiVzJVVFNlVHlETVJLS2tPWERjdz09

Experience a complete schedule of all virtual and
in-person discussion groups and adult classes including Limud, Current Events, The New Yorker, Shakespeare and more.

Shmita: A Sabbath Year for the Land of Israel

Flapping proudly in fallow fields, large green and yellow banners in rural Israel proclaim: Kan Shomrim Shmita (“Here We Keep Shmita”). The banners are issued by an organization called Keren Hashviis, which financially supports Israeli farmers who strictly observe one of the Bible’s less practical commandments: to let all agricultural land in Israel lie uncultivated for one out of every seven years.
Shmita, which literally means “release,” is also called shabbat haaretz (“Sabbath of the land”) and is currently being observed during year 5782 on the Hebrew calendar. Just as the weekly Sabbath is a day of rest for Jews, so is shmita supposed to be a year of rest for Jewish farmland. In addition to its agricultural dimensions, during shmita, according to the Bible, debts are to be forgiven and Hebrew slaves freed.
Read Full Article 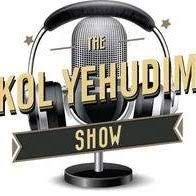 On January 9, 2022 at 6am EST, radio history will be made as the first Buffalo based, strictly Jewish music radio program will begin broadcasting on 91.3 WBNY Buffalo.

To listen go to: https://wbny.buffalostate.edu/ and click Listen Live or download the Radio FX app and search for wbny.
​
The innovative "Cool Jewish Radio - The Kol Yehudim Show" has been a fixture every Sunday morning since 2016 from 6-10am on 1640 WJPR based out of Highland Park, New Jersey and broadcasting throughout the world on several streaming sites including 1640wjpr.com and the TuneInRadio App.

Mike Greenberg (Buffalo State '94) will take you on a 4 hour journey throughout the world of Jewish Music - weaving together different styles, genres and musicians of different backgrounds. This program is NOT Kol Isha as we feature both male and female artists.
You will get to hear both the classics of yesteryear and the new stars of Jewish music. Plus features such as "English songs recorded in Hebrew," "The Tantz Around the Breakfast Table," "Manginot Yisrael," and "A Bisl Chazzones."

"The knish itself has kind of been our little beacon of, would Buffalo accept the idea of a really high-quality Jewish deli?" Zach Rosenblum added.
The five-person team bakes the little balls of dough at their commissary kitchen in Chandlerville and sells them at local farmer's markets, grocery stores, and online.
"Ideally we were going to just stick with knish and go more retail," Pagels said. "Try and see if we could produce them en masse."
That was before they entered the Make It on Main Contest this summer, to win a year of free rent at a little building sandwiched in between two others on Main Street in downtown Buffalo.
Read Full Article
Powered by